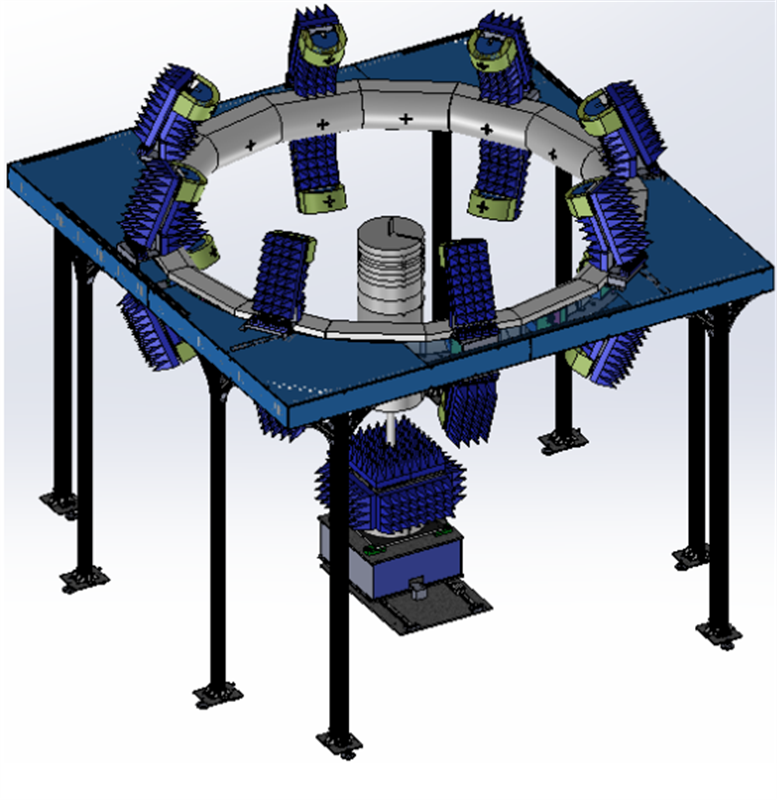 With the iterative evolution of wireless communication technology, the OTA (Over The Air) test standards for space radiated power and receiver performance of mobile devices are becoming more and more important, especially in the post-4G and 5G era.OTA testing can accurately predict the actual performance of mobile devices. For LTE applications, MIMO OTA testing needs to be completed. From the 5G development, MIMO OTA testing will become an essential test method, and its technical complexity will be enhanced.

Today, 4G is in the ascendant, 5G is expected to arrive early, improving network throughput. The wide application of MIMO technology is necessary. The number of antennas in large-scale MIMO base stations ranges from 32 to 256 or more. Traditional MIMO OTA testings are usually performed on wired connections and have limitations in understanding device performance in depth. In contrast, large-scale MIMO OTA testing can take antennas into account to obtain more accurate device performance in real applications.

This test system is a multi-probe MPAC (Multi-Probe Anechoic Chamber) test system with a sub 6G band. The multi-probe anechoic chamber test method is a reference method for the MIMO OTA testing. By arranging an antenna array around the measuring device (EUT), the spatial distribution of the arrival angle in the MPAC system is simulated to place EUT in a simulated complex multipath far-field environment.

As shown in the following figure, the signal is sent from the base station (or base station emulator) to the channel emulator. After adding Doppler and fading characteristics to each path, the channel simulator injects all directional signals into the test area of the darkroom center at the same time by the uniformly arranged antenna array, simulates the spatial distribution of the arrival angle, and simulates the complex multipath far-field environment in the center area of the darkroom.

In order to achieve the above application scenario test in the laboratory, this test system has a perfect experimental environment such as a full-wave anechoic chamber, a two-dimensional horizontal probe ring (which can be extended to a three-dimensional probe ring), broadband Vivaldi antenna array, power amplifier set, and high-precision turntable. Through access to the base station emulator, advanced instruments such as high-end channel emulator can be used to test the communication performance of the terminal, chip, and other morphological devices, such as DL MIMO and UL MIMO.

The system works with the base station emulator, channel emulator, and terminal device to validate scenarios defined by 3GPP TR37977 and TR38827.